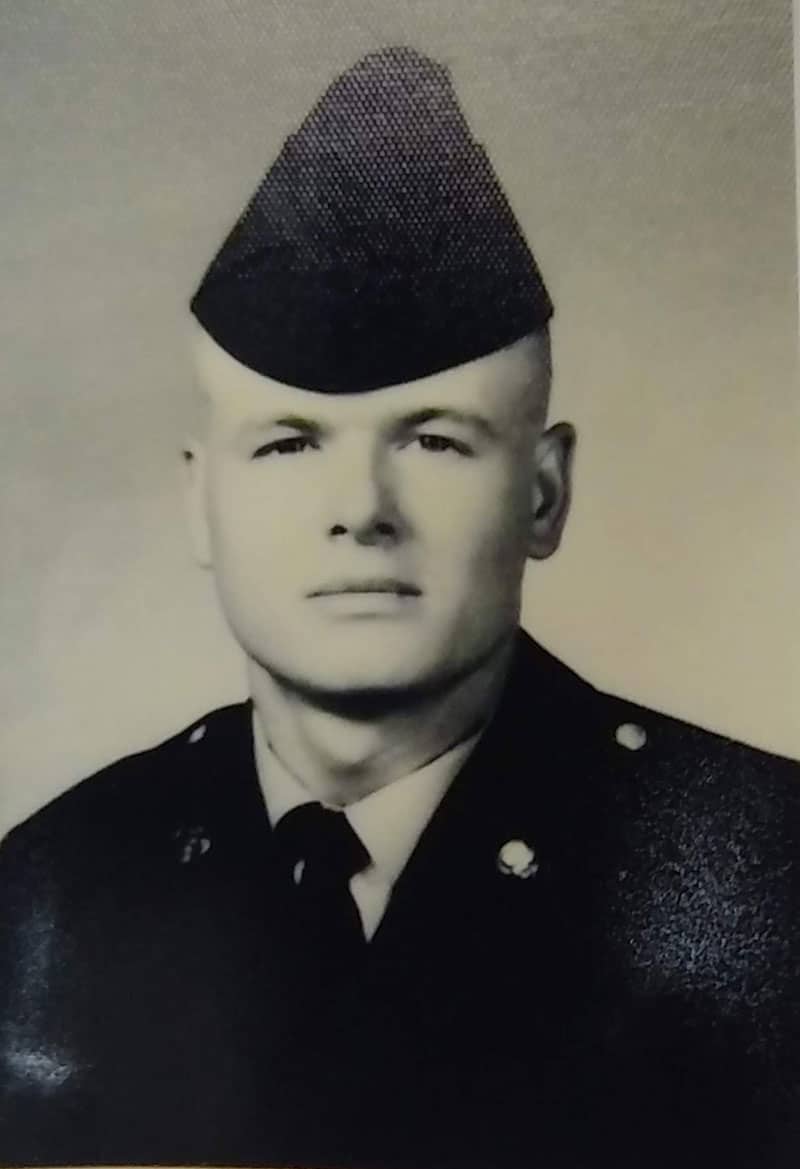 SP 4/Phillip T. Ives was born at St. Louis, Mo. on Feb.7, 1948, and passed away in Vietnam July 3, 1969 at the age of 21 years, 4 months, and 26 days. Those who survive and mourn his passing are his mother, Mrs. Lucille English of Valley Park, Mo. and his father, Dewey Ives of Fenton, Mo., one brother, Stephen, of Fenton, Mo. and one sister, Sandra of Valley Park, Mo. His maternal grandparents, Laura Harman, Ballwin, Mo., Elbert Evans, St. Louis, Mo. His paternal grandparents, Mr. and Mrs. Everett Ives, of Steelville, Mo.,a number of aunts, uncles, and other relatives and many friends.
He entered the U.S. Army on November 29, 1967. He was stationed at Ft.Leonard Wood, Mo., Ft. Sam Houston, Texas, Ft. Dix, New Jersey, and in Germany. On March 15, 1969, he was sent to Vietnam and was killed in action.
Funeral services were conducted at the Halbert Funeral Home Chapel, 2:00 p.m., Tuesday July 15, 1969 with Military Rites conducted by Chaplain (Major) Joseph L. F. Juseth, of Ft. Leonard Wood. Interment Steelville Cemetery.

Letter of AWARD OF THE SILVER STAR

For gallantry in action while engaged in military operations involving conflict with an armed hostile force in the Republic of Vietnam: On this date, Specialist Ives was serving as a medical aidman with his unit on a couterinsurgency operation in an area of known enemy activity. As the friendly force proveeded through the treacherous region, it was suddenly subjected to a vicious automatic weapons and small arms fusillade from an undetermined size insurgent unit. Observing a wounded comrade lying in an exposed area, Specialist Ives dauntlessly advanced through the hostile fusillade to the injred man’s location. As he administered first aid to the casualty, Specialist Ives was mortally wounded. His courageous initiative, exemplary professionalism, and selfless concern for the welfare of his fellow soldiers distinguish Specialist Ives as a soldier of the highest caliber. Specialist Four Ives unquestionable valor while engaged in military operations involving conflict with an insurgent force is in keeping with the finest traditions of the military service and relects great credit upon himself, the 1st Infantry Division, and the United States Army.
OFFICIAL:
J.P. BOTT
First Lieutenant, AGC
Assistant Adjutant General