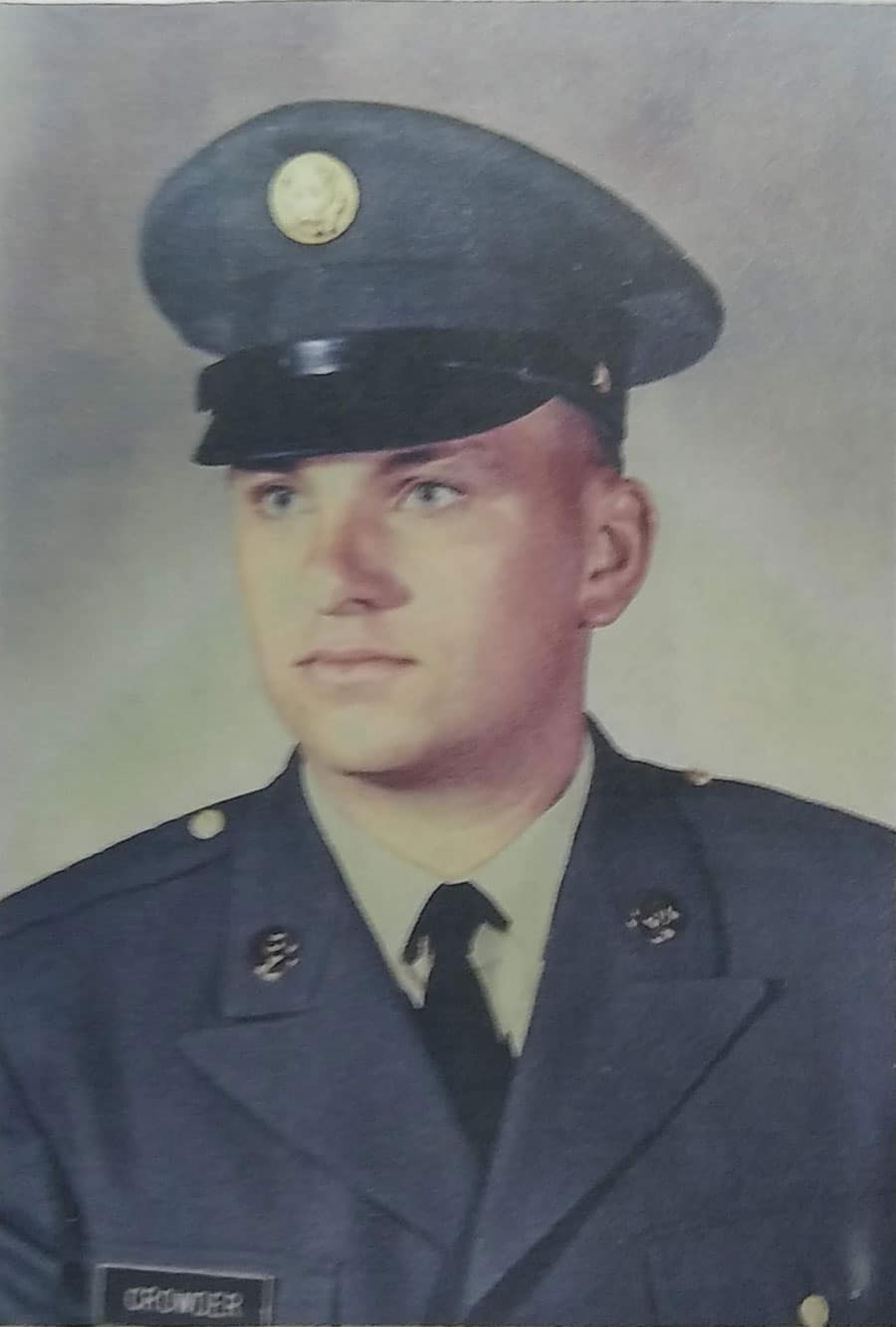 Neal Steven Crowder was born March 27, 1948 and was the first born son of dairy farmer Thomas Earl Crowder (deceased) and his wife, Emma Anna Flaim. Neal was the oldest of six children and was deeply loved and respected by his four sisters and on brother. He regulary attended worship with the family at Holy Cross Catholic Chruch in Cuba, where Neal was baptized.

Neal was a kind, gentle, and hard working young man with a jovial nature. His family described him as being unselfish, loving, brave, heroic and proud. He loved animals and working with the earth. As a young boy on the farm, he trapped rabbits and hunted squirrels. As he got older, he enjoyed quail hunting with his dad, uncles, and cousins.

Neal graduated from Cuba High School in 1966. After high school, Neal went into business with his mom and dad working the family farm. His plans were cut short when he was drafted into the U.S. Army in 1967. After two one-year agricultural draft deferments, Neal entered military service on November 19, 1969. He joined a long line of patriotic family members who have served their country since World War I.

Neal was inducted into the U.S. Army at Ft. Leonard Wood, MO, and later attended Basic Combat Training at Fort Benning, GA., where he was awarded the coveted Military Occupational Specialty of 11B10, Combat Infantryman. He attended his US Army Advanced Individual Training at Fort Ord, VA, and remained there until deployed overseas. Neal’snext tour of duty was in South Vietnam, assigned to Company C, 1st Battalion, 501st Infantry Regiment, 101st Airborne Division (Airmobile) on November 5, 1970. During his brief tour of duty Neal was promoted to Sergeant, E-5, and served as an Infantry Rifle Squad Leader. He was killed in action as a result of hostile enemy ground small arms fire in Quang Tri, South Vietnam, March 13, 1971. Neal was posthumously awarded the Purple Heart Medal. His other awards and decorations include the US Army Combat infantryman Badge, the Republic of Vietnam Campaign Medal, the Army Good Conduct Medal, the National Defense Service Medal, and the Rifle Marksmanship (Expert) Badge.